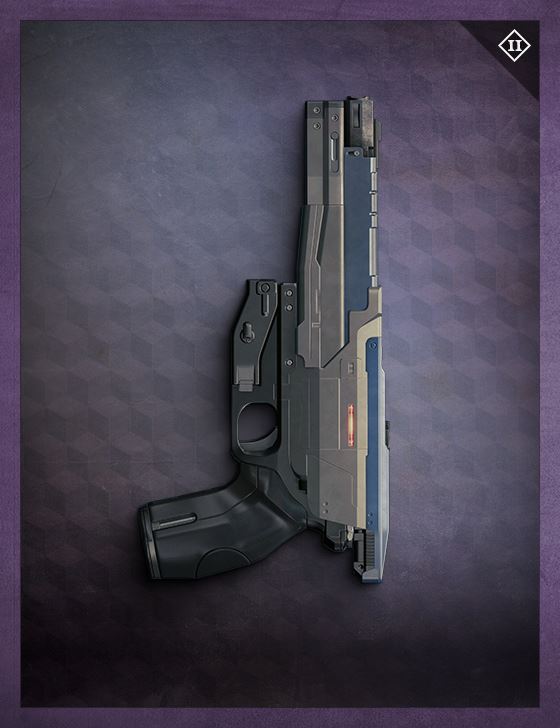 "A Reef scout hunts for years—fighting piracy and ancient traps—to crack one cache and claim the weapons within."

Imagine: you live in the largest territory in the system. A huge torus of habitable, explorable space. But there's a catch. That huge space is made up of millions and millions of nooks and crannies. Asteroids. Crumbling derelicts. Debris from dozens of wars. It's a place where you could go for thousands—millions—of miles without ever seeing another friendly face, and yet never once be able to stretch your legs.

Now imagine: you're spelunking across an asteroid, or crawling through a half-collapsed ship that could be hundreds of years old. You won't see enemies coming, not in a tight corner like that. Won't hear 'em or smell 'em either, not in the void. But then you move, or they move, and there you both are.

Rifles, shotguns, they aren't gonna cut it. You don't have room to heft a barrel of that length. Don't have the arm room to throw a knife or a grenade either. But what you do have is a sidearm at your hip. Small enough for a fast draw, strong enough to save your life.