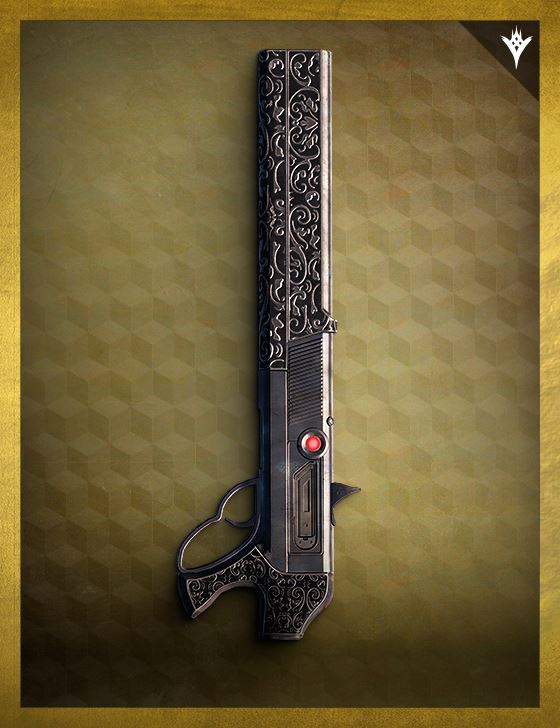 “My mother had a shotgun we called the Chaperone. Kept us alive out there, before we got to the City.”

Amanda Holliday was born on the road, when the City was nothing more than a whispered prayer. Their only protection was the weapons they could scavenge, build or modify. Weapons like her mother's two-barrel shotgun, with its black and gold filigree far too fine for the world around it. They called it the Chaperone.

That Chaperone lies in a shallow grave with its last owner, but Amanda recalls every detail of its design. And via a partnership with the gunsmiths of Tex Mechanica, she's brought the Chaperone back to life. Though the new weapon is much more powerful than the cantankerous relic the Hollidays used on the road, it bears the appearance, and the name, of the Chaperone that saw the one surviving Holliday safely to the Last City.