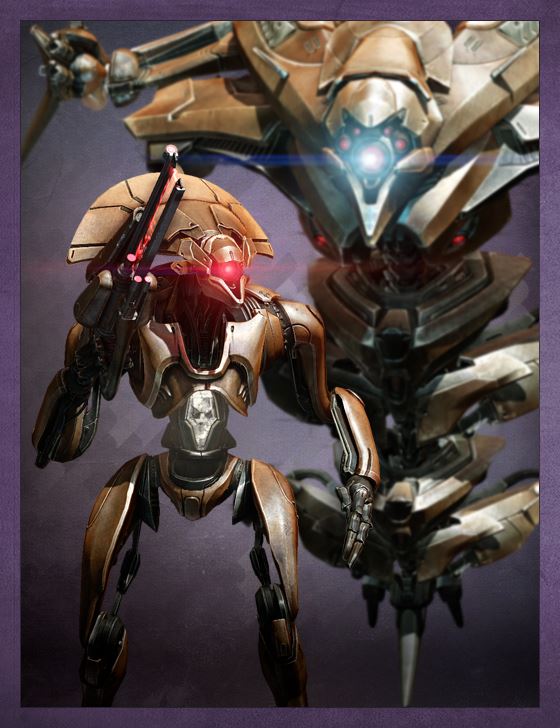 We understand the Vex as a network of thoughts, unified and vast. But not all Vex are the same. The Hezen Corrective is one example of a Vex subtype, set apart from other Vex by distinct behaviors and objectives.

Swarming across the Ishtar Sink, these Vex aggressively seek out and attack the Fallen House of Winter, perform inscrutable operations around shining Confluxes, and even show interest in the Golden Age ruins left by the Ishtar Collective.

The bulk of our contact with Vex forces on Venus has involved the Corrective. Those scholars willing to risk their reputations speculating about the Vex often assert that the Corrective is an agent of change, designed to solve problems and remake the world in a form suitable to the Vex. Others contend that Corrective is simply a strategic distraction - meant to draw attention away from the actions of the Hezen Protective.