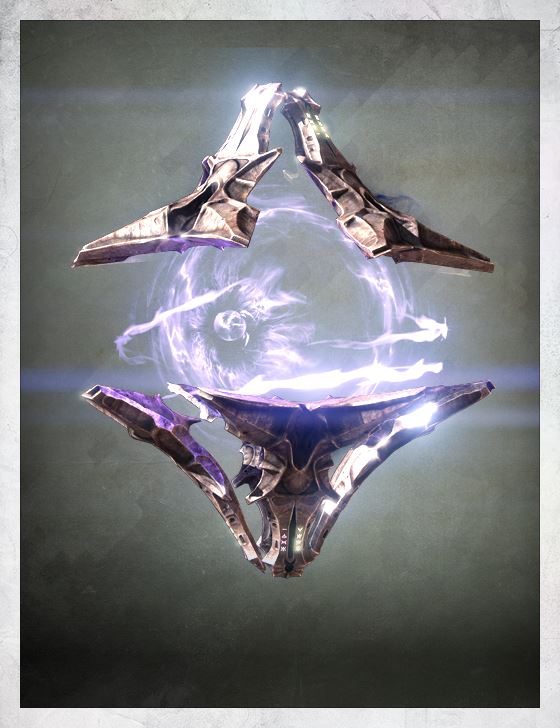 These ever-watchful sentinels are believed, in some circles, to serve as the eyes of the Hive's innermost covens, allowing powerful Wizards and Knights to watch over their domains. Others believe Shriekers are nothing more than weapons meant to guard Hive ritual sites.

There is nothing living to the Shrieker, but neither are they mechanical constructs in a classical sense. They seem to be dead mass, animated by the arcane will of the Hive. When a Shrieker is broken, its Void charge rips free of the hull to seek vengeance.