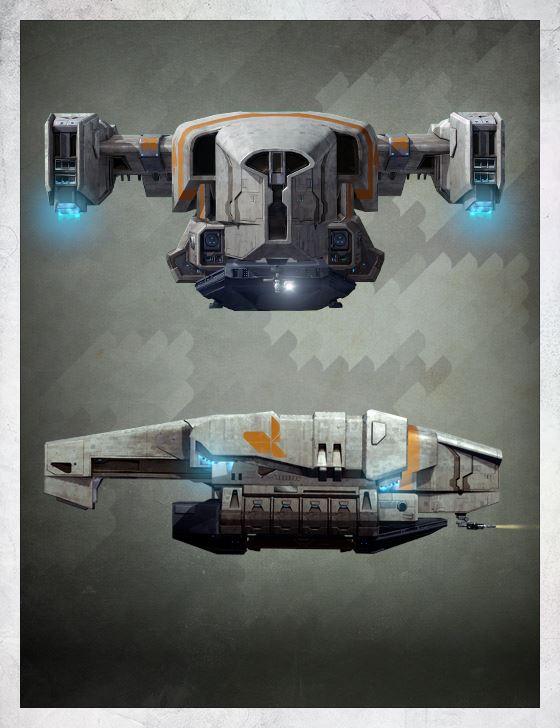 The blocky, dull exterior of the Cabal Harvester belies the grace and power with which they maneuver. Guardians have described them dropping in aggressively from low orbit with a deafening boom, kicking up dust storms and swooping through the silent skyscrapers of Mars' dead cities.