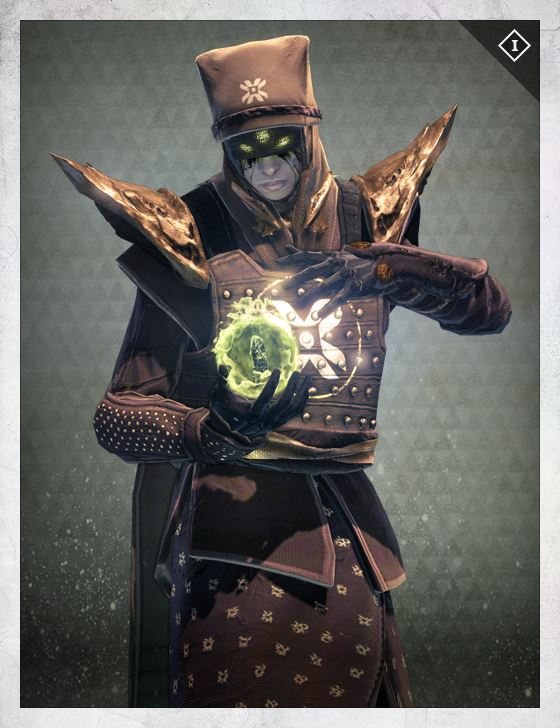 Eris Morn is the sole survivor of an ill-fated raid on the Hive’s lunar fortress. It was Eris and a rag-tag Fireteam who, after the first charge to take back the Moon, sacrificed everything to return in search of the one the Hive call Crota.

Robbed of her Ghost, Eris remained lost among the darkest shadows of the Hellmouth for countless cycles. Despite all odds she endured, using the very dark she battled to emerge a changed warrior—driven, some would say obsessed. The Speaker and Commander Zavala find her compulsions a sickness, convinced she has been fully seduced by the shadows.

Though her warnings of Crota and his power are often dismissed as madness, Eris returns to the shadows time and time again, operating as one of Ikora Rey's Hidden—a clandestine group of Guardians tasked with silently infiltrating enemy strongholds and gathering vital intel for the Warlocks.